Why Women Make the Best Spies 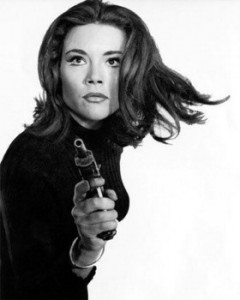 As we watch The Americans FX, there has been renewed interest in spies – especially women spies. Women are just naturally born spies.  It’s in their DNA.

Aside from Keri Russell’s portrayal as KGB spy Elizabeth Jennings, women spies are becoming very prominent in real life. Take for instance a recent incident involving the Mossad, Israel’s National Intelligence Agency. Tamir Pardo, the head of the Mossad, publicly praised the agency’s female field agents saying , “Women have a distinct advantage in secret warfare because of their ability to multitask.” He also added that women are “better at playing a role” and superior to men when it comes to “suppressing their ego in order to attain the goal.”

“Women are gifted at deciphering situations. Contrary to stereotypes, you see that women’s abilities are superior to men in terms of understanding the territory, reading situations, spatial awareness. When they’re good, they’re very good, ” say Pardo.

Then there’s the CIA.

Lindsay Moran worked for the CIA for five year and is the author of the book, Blowing My Cover: My Life as a CIA Spy. Moran trained at the infamous Camp Peary, aka the ‘Farm’, in surveillance, counter-surveillance and survival techniques such as weapons training and defensive driving. She was posted to Eastern Europe where her job focused on recruiting ‘agents.

She told Forbes’ Maseena Ziegler in the article, Why the Best Spies In Mossad and CIA are Women, that one of the CIA’s best-kept secrets is that their most talented spies are women. “The women in my training class and those with whom I later served were always the top recruiters of foreign agents – which is the bread and butter of the secret service,” says Moran.

“When we received training about how to ‘spot and assess’ potential sources, it came naturally to the women. I felt like I’d been doing it my whole life,” Moran explains.

Aside from their nurturing instincts and being better listeners, Moran goes on to say…

“…women always have the advantage in creating a reasonable sounding excuse for why they might be meeting with a man in a parked car, hotel room or dark restaurant on the edge of town.  “The standard cover story is we’re having an affair. It’s plausible under any circumstances and in any part of the world.”

So, what are your thoughts? Who is the ultimate femme fatale?

'The Americans' Review: Episode 2 'The Clock'