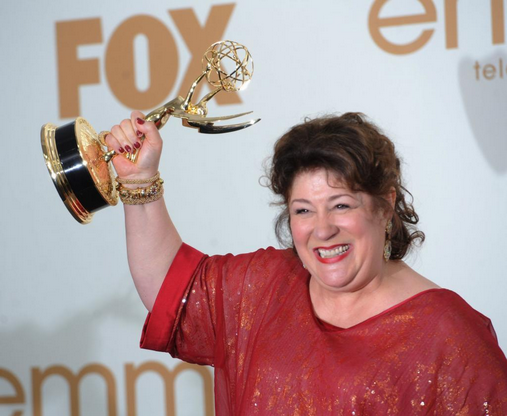 Steppenwolf Theatre Company, a Tony award winning Chicago based theatre will be hosting the fifth annual Steppenwolf Salutes Women in the Arts luncheon on Monday, December 9, 2013 at 12 pm, at the Four Seasons hotel in Chicago. Together with the famed theatre company, the luncheon will be headed by Pulitzer Prize and Tony Award winner Tracy Letts, playwright of August: Osage County. The guests of honor will be none other than Margo Martindale, Juliette Lewis and Julianne Nicholson.

All of the honored guests are part of Letts’s film adaptation Ausage: Orange County. The luncheon will show behind the scenes footage of the said movie plus an insightful conversation between Mr. Letts and Ms. Martindale, Ms. Lewis, and Ms. Nicholson in a style similar to Inside the Actors Studio. Past honored guests of the Arts Luncheon include ensemble members like Martha Plimpton, Juliana Margulies, Joan Allen, and Mary-Louise Parker.

This event will be attended by over 300 leaders from Chicago’s civic and business communities to honor the 3 guests for their work in the highly anticipated film. Aside from a joyous celebration, the luncheon is also a fundraising event that will be used for Steppenwolf’s professional development programs, including Steppenwolf for Young Adults and the School at Steppenwolf, as well as the Professional Leadership Programs, providing apprenticeships, fellowships and internships for the next generation of arts managers and producers.

Individual tickets are for sale at 200$ each. You can visit their website at www.steppenwolf.org/luncheon for the tickets. Table sponsorships start at $5000 and are also on sale at the present. If you want to learn more about the table sponsorships, please contact Steppenwolf’s Special Events Department at 312-654-5632 or specialevents@steppenwolf.org.

Mr. Letts has been a member of the Steppenwolf ensemble since the year 2002 and is the author of numerous works like Superior Donuts, Bug (a feature film), Killer Joe (scheduled for Broadway in 2014), Man from Nebraska (Pulitzer Prize finalist), and August: Osage County. Aside from being a playwright, he is also an accomplished actor and won the 2013 Tony Award for Best Performance by a Leading Actor in a play for his role of George in Steppenwolf’s production of Who’s Afraid of Virginia Woolf by Edward Albee. The playwright and actor will also be seen on the third season of the Emmy award winning show Homeland.

Margo Martindale is one the busiest women in TV right now. She is currently starring in her own network sitcom The Millers with Will Arnett and Beau Bridges. She was a recurring character on FX’s critically acclaimed TV program The Americans in season 1 and will be back for at least 1 episode in season 2 that will premiere on February of 2014. Ms. Martindale is a classically trained theatre actress appearing Cat on a Hot Tin Roof wherein she was nominated for a Tony award for her portrayal as Big Mama. She began her theatre career on the New York stage creating such epic roles like Truvy in the original production of Steel Magnolias.