Aimee Carrero on Season 2 of The Americans 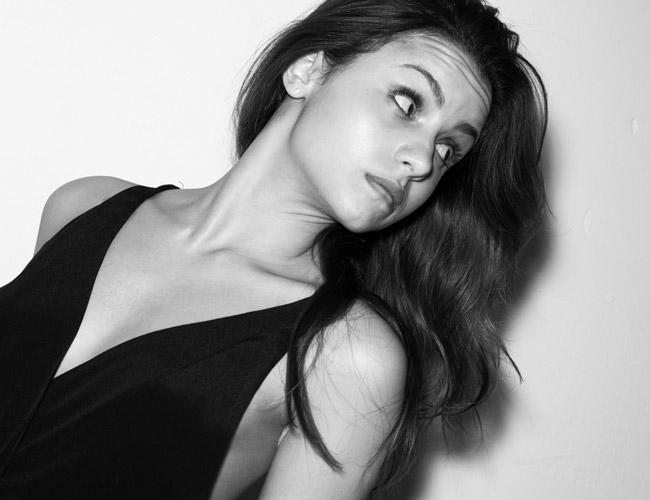 Aimee Carrero is not just thankful but also humble about her experience with The Americans.

“I never thought I had a prayer’s chance in hell getting this part,” said the 25 year old actress.

Carrero has been on TV for quite some time now. She is part of the Cartoon Network live action series Level Up! and has had the opportunities to guest star on different shows like The Mentalist, The Middle, Hannah Montana, and Men of A Certain Age to name a few.

On the FX hit show, Carrero plays a Sandinista freedom fighter who goes to Washington as an undercover spy aiding the KGB. Lucia or Chena, her character is a fiery soldier, willing to do everything to fight for the revolution.

“She’s everything that Keri Russell’s character [Elizabeth Jennings] used to be,” Carrero said. Her character serves as a mirror for Elizabeth, who has become less effective ever since she started worrying about her kids.

Carrero explains the premise of the series to be about “two Soviet spies in the ’80s who have been living in the states for a long time. They’ve left everything behind and have no contact with their people back home. They have kids together, they pass themselves off as Americans, they have no accent, and they’re totally Americanized — except they’re not.”

“I think what the show kind of toys with is the idea of what’s good and what’s bad, what’s right and what’s wrong, depending on what side you’re on.”

This all goes back to the audience’s fascination with anti-heroes. There’s obviously a dilemma that the fans face every time they realize that they are rooting for the bad guy.

“One thing I learned while working on this show is that all characters feel justified in what they’re doing — no matter how they look to the other people.”

Carrero says that she found it hard to get into Chena/Lucia’s character because she’s from Miami. Her character is a communist, and people from Miami don’t take too well with communism.

“The Nicaraguan revolution was heavily influenced by the Cuban revolution,” she said, “and having my own opinions as a person living in Miami and knowing the Cuban sentiments — I’m not Cuban, but I feel Cuban sometimes having grown up in Miami — it was just really interesting.”

Her whole experience has taught her not to let personal feelings get in the way of embodying a character.

“It’s impossible to play a character if you judge them,” she said. “You don’t have to like them, but you have to try to understand where they’re coming from.”

She also admits that having complex roles for young women are hard to come by, especially if you’re Latin and female.

“There aren’t a lot of roles for women my age in Hollywood that are that rich and that deep and that complicated,” Carrero said. “I don’t know why that is, but I just feel so lucky to be doing it.”

The Americans Take on Soviets in Afghanistan and The Contra War