A Closer Look at Vladimir Putin 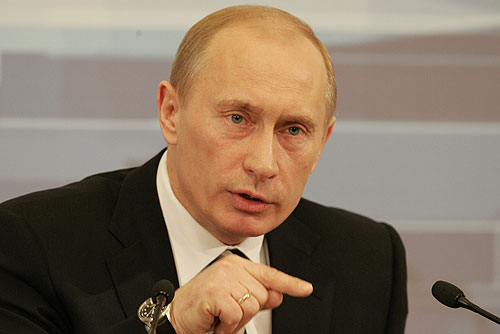 Lately, we are seeing Vladimir Putin constantly on newspapers, magazine, TV shows, with a suit, shirtless, riding a horse, and swimming with the dolphins. But how did Mr. Putin, this homophobic, macho, scary name bearing leader, become the leader of the whole of Russia?

For starters, his whole name is Vladimir Vladimirovich Putin, mainly because a scary first name isn’t enough and his parents really like the nick name Vlad. Contrary to popular belief, Vladimir was once a small and cute baby that was born on October 7, 1952 in Leningrad (or the modern day Saint Petersburg). His parents, Vladimir Spiridonovich and Maria Ivanovna Putina also bore two other elder brothers in the 1930s. Vladimir Putin, growing up, was a student with a “rowdy behavior”. He then focused his excess energy on sports like Sambo and Judo, disciplines that presumably want to inflict the most pain to the opposing player. Fast forward to college, he graduated from the International Law Branch of the Law Department of the Leningrad University. He wrote a thesis called “The Strategic Planning of Regional Resources Under the Formation of Market Relations” with a minor report on “How to Effortlessly Look Like a James Bond Villain.”

He then later joined the KGB in 1975 because it’s the KGB and Vladimir Putin was obviously spy material. Mr. Putin was transferred to different places like East Germany but was ultimately sent back to Leningrad to do some student surveillance. Seriously, one of his former jobs was being a student police, but had more responsibilities because it also involved looking out for recruits. He then got re-acquainted with his former professor Anatoly Sobchak, the then mayor of Leningrad. Putin then quit, deciding that being in the KGB wasn’t badass enough. He wanted to rule the whole world so he set his eyes on ruling the whole of Russia, at first.

It was in May of 1990 when Vladimir Putin first sniffed the frail scent of blood in politics. He was appointed by Anatoly Sobchak to be an advisor on international affairs. He held different positions in the city of Leningrad like the head of the Committee for External Relation where he registered business ventures. After a year, he was convicted of understating prices and permitting the sale of $93 million worth of metal, in exchange for foreign aid that never arrived. The next logical step was to fire Putin and put him in jail for his mistake. But, since we’re talking about Putin, he remained as the head of the Committee until 1996.

He then fast tracked his way to the top, handling different positions until he became Acting President of Russia in 1999 due to the former President Yeltsin resigning. He won the election in 2000 and the subsequent presidential bid in 2004. Since in Russia, normally, a person cannot hold the office for more than 2 straight terms, Putin let go of the title of President and became Russia’s Prime Minister instead. Prime minister, as you may probably know, is another title for President. In September 2011, since the title of Prime Minister was getting too mainstream, Putin decided to run for President in 2012 in which beforehand the laws were changed to extend the President’s term from 4 years to 6. Russian opposition expressed their opinion in the streets but was halted by President’s Putin macho and charismatic shirtless photographs. No seriously, protesters were arrested and were met with violence.

He still rules Russia today and has been recently named the most powerful man in the world by Forbes.