A Behind the Scenes Look at FBI Jobs with The Americans

*Note: the original video has been removed from Youtube, and placed on Facebook. It seems embedding is turned off, so click here to see the video. 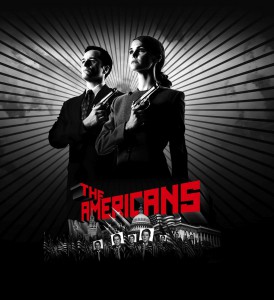 Maybe it is the very nature of the spy game that peaks our interest. The fact that, for it to be effective, we can’t know what they are doing. That is why we want to know. Because when you don’t know… that is when your mind is free to fill in the gaps.

So we clamor to read the latest Snowden revelation, gossip around the water cooler about what Petyr did, and wait anxiously by the TV set to see what wig Keri Russell, and Matthew Rhys will wear this week.

So we follow the exploits of James Bond, and we read the tabloids about Anna Chapman, but what about the global espionage office grunts? The men and women with ho-hum regular office FBI jobs? who, as Chris Lynch mentions in the video above, face down the enemy with dramatic file flipping, and memo writing? With all the shooting, and headline grabbing spy antics, we sometimes overlook the researchers, accountants, and file clerks of the spy game.

The video above shows how the FX Networks Hit Television show “The Americans” goes the extra mile in providing realism to the office environment of the “Top Secret” world of Counter Intelligence. Executive Producer, and Showrunner, Joe Weisberg explains the care that goes into recreating the 1980’s, cold war era, Counter Intelligence atmosphere of “The Americans”. The show artfully manages to add intrigue into the somewhat blasé world of pencil pushing involved with so many FBI jobs, by interweaving Martha’s tragic storyline (brilliantly played by Alison Wright).

So if you are a fan of “The Americans” because you love the spy game, or if you just love to see Keri Russell kick ass, check out the video above to see a little bit about what goes into the making of an episode of the global hit television series “The Americans”.

The Americans Season 2 Episode 6 Review Behind The Red Door