Why is January Taking so long? 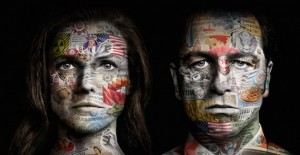 The time is ticking and there! Christmas is coming. But why is January taking so long? Because we can’t wait, we can’t wait for “The Americans.”

“The Americans,” FX’s cold war thriller, returns for season 3 on January 28th. Fans won’t be so happy if the show would stay totally quiet on the waiting process. And so FX’s espionage drama has an inside scoop as to where season 3 of the Cold War thriller will be heading next.

Here’s the Q! Will Elizabeth and Phillip obey orders and train their daughter to be a soviet spy?

The answer is… Let’s wait and watch the premiere episode of “The Americans” on January 28th; but we are reading this not just for nothing right? So spoilers, spoilers spoilers.

On a latest panel, cast members and show executives bared a few spoilers about season three. Conflict in Afghanistan will come into play, as the Soviet spies carry on gathering information in the show.

Show creator Joseph Weisberg said, “The war in Afghanistan will loom large this season.” He did not elaborate on how the conflict will straightly affect the characters on the show, but fans now know that there will be some association.

Executive producer Joel Fields of “The Americans” added that the main focus this season are the challenges of parenthood too. Main characters Elizabeth (Keri Russell) and Phillip Jennings (Matthew Rhys), are now tested with their undercover life, and definitely their daughter’s presence will heighten up the drama.

Joel Fields further said, “For us the show is working best when Phillip, Elizabeth and the other characters are all struggling with things that everybody struggles with in their family and relationships,” And added “But because of their situation, it’s on a much more heightened, life and death level.”

In the third season the twosome Elizabeth and Phillip will still be at odds, concerning of whether or not to groom their daughter to be a spy. Ironically, Phillip is the one that wants to disobey the orders to train her. Elizabeth on the contrary believes that the espionage training may be good for their daughter. So who’s on the red or blue corner for this fight audience?

Russell said,”I think there are so many layers for this moment as a mother for Elizabeth watching this daughter be of the age that she was when she began [working for the K.G.B.].”

A fan of the show asked if Nina (Mahendru) could be pregnant. (Weisberg and Fields) both just scribbled notes under the table,” Rhys joked. Mahendru was only allowed to tell the audience that her character would come to life at the start of the third season this January.

For “The Americans” fans out there waiting will have us do some stretching a little more and count a few stars. It would be more enjoyable to wait if we view once more the “The Americans” seasons 1 and 2. It’s available to watch through FX On Demand.

The Americans Season 3 Trailer - How Excited are you?