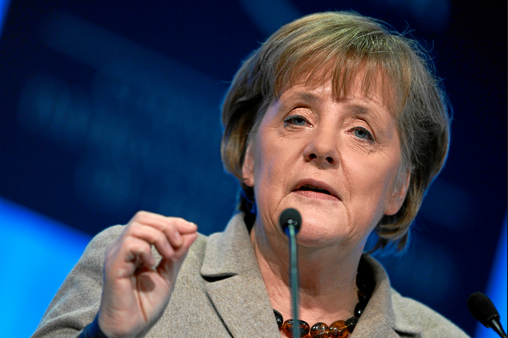 According to a German magazine, Angela Merkel’s phone was tapped by 5 different countries and their respective agencies. Weeks after it was revealed that the United States of America was hacking the German Chancellor’s cell phone, information about the other 4 countries have surfaced. United Kingdom, China, Russian, and North Korea had their surveillance agencies monitoring Chancellor Merkel’s cell phone.

“With so many people hacking in at once it is a surprise the mobile didn’t explode in her hand,” an unnamed German official said.

The story came from Focus magazine, written by their security correspondent Josef Hufelschulte. It is widely regarded as reliable information as he was also a victim of hacking by German intelligence who wanted to know the sources of his stories. Surveillance of Josef Hufelschulte happened a decade ago.

Last week, Berlin has announced that it will be strengthening anti-surveillance measures for its high ranking officials. These will include anti-bugging devices in land line and mobile cellular phones.

The whole debacle was started by the infamous Edward Snowden, a former contractor of the National Security Agency. With the documents, he revealed that the United States have monitored Angela Merkel’s phone for a decade, starting in the year 2002. She became Chancellor of Germany in 2005.

Dianne Feinstein, U.S. Intelligence Committee Chairwoman, later confirmed that Chancellor Merkel’s phone was indeed tapped. She also said that she did “not believe the United States should be collecting phone calls or emails of friendly presidents and prime ministers.”

“These are the ones that did the honorable thing and reported the approaches made to them by spooks from another country,” said a government official.

“How many hundreds more sold out for cash or sex or some other commodity they wanted is anyone’s guess.”

The recent discoveries of countries spying on Angela Merkel will surely strain the relationship of ally countries. Just recently, Angela Merkel, presumably the most powerful woman in the world, voiced her opinion about the whole NSA scandal and its effect on the forging of a U.S. and E.U. deal:

“The relationship with the U.S. and the negotiation of a trans-Atlantic free trade agreement are currently, without doubt, being put to the test by the accusations that have been aired against the U.S. about the gathering of millions of bits of data,”

The two countries, with their relationship strained, is now working out a way on how create a way to trust each other again with mutual agreements. Berlin and London will also have a hard way of meeting eye to eye since the revelations of hacking and surveillance have popped out in the open.

Several German officials like Hans-Christian Stroebele wants Britain to face punishment for disobeying European laws saying that the United Kingdom has allowed fiber optic cables in England to be utilized to transfer data from Germany to the United States of America.

Rhys and The Problem with Pride and Prejudice