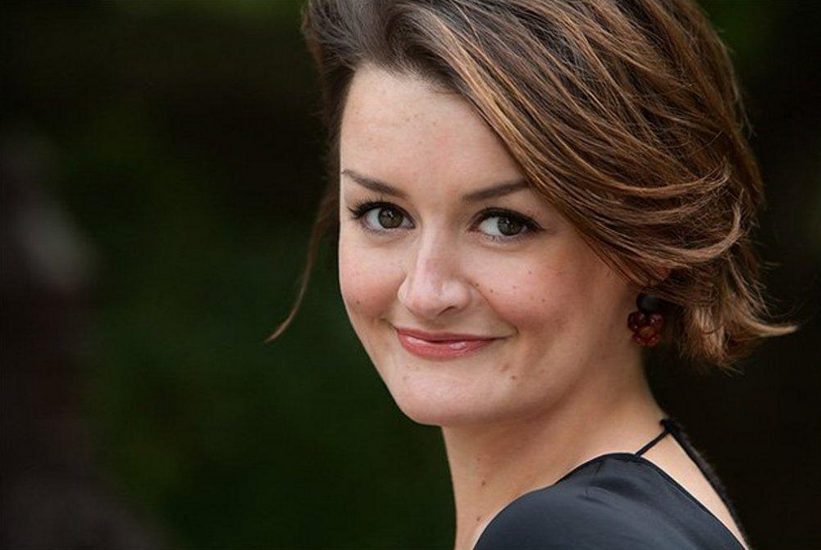 Alison Wright’s character Martha is a little bit special. She believes she’s in a real marriage, she has a good job, lives in a good apartment, and although her husband is gone all the time, intel suggests that he makes up for it because he’s an animal in bed.

From a viewer’s stand point, we know that Martha is literally sleeping with the enemy. Fans fear for her life on a constant basis, but every time she shows up on screen, that fear evaporates. She’s the type of character that lightens the mood, and we all know Clark’s wig is not making the scene more serious either. Speaking of Clark and Wigs, here is Alison Wright giving us a glimpse of what her world in The Americans is like.

Everyone now knows Clark is an animal in bed, do you have any idea how his wig stays on top of his head?

“I can tell you it is addressed this season. I figured Philip and Elizabeth are experts in everything they do, right? They’re very good at their jobs, so the wig would stay firmly in place.”

Aside from the wig, Clark also keeps his glasses on ALL the time, what’s up with that?

“ [It’s] Totally weird. But I know that it’s a very conscious choice for Matthew Rhys. I don’t know if it had come from [executive producers] Joe Weisberg and Joel Fields, but it’s a very conscious choice to always have them on — even under the covers. It’s kind of ridiculous, but I suppose it’s another level to his disguise. It keeps him less Philip.”

Martha is changing in season 2, she’s getting more demanding as time passes but she’s also easily manipulated and only complains a little bit.

“But it’s a testament to Martha’s strength that she’s not whining and moaning, “Why are you never here?” As an actor, it so frustrates me. When we’re doing scenes, I’ll say to Matthew, “Come on. Give Martha something here.” It feels like Clark isn’t giving anything, and it’s amazing that it’s fine for Martha. She’s quite happy. It’s ironic that Vulture named her TV’s saddest character.”

What’s really sad that if Martha becomes a liability, Clark/Philip will kill her instantly.

“I know, I know. It’s terrible. During the first season, I didn’t think that way so much. I read about the real cases and thought surely you must develop empathy for a person. You have a fake marriage to someone, you spend all this time with them, surely you’ve got to find something you like in them. Or something that becomes endearing. But as soon as I read the first episode of the second season, I was like, Oh no. Philip will take her out in a second. That was kind of horrifying.”

I love Martha because she’s in a special place in the show. She believes she lives a great life, and she’s clueless of what’s really happening.

“She’s winning. And Philip’s adapting himself to be what she wants so he keeps her on his good side. So yes, I think she thinks she’s the alpha in this situation. And we’ve seen what happened with Martha and Amador, the way he behaved and the way she treated him. She wasn’t afraid to say what she thought. She burned him in front of his boss and his co-workers when he was making sexist comments to her. So she has gumption. She has a backbone.”