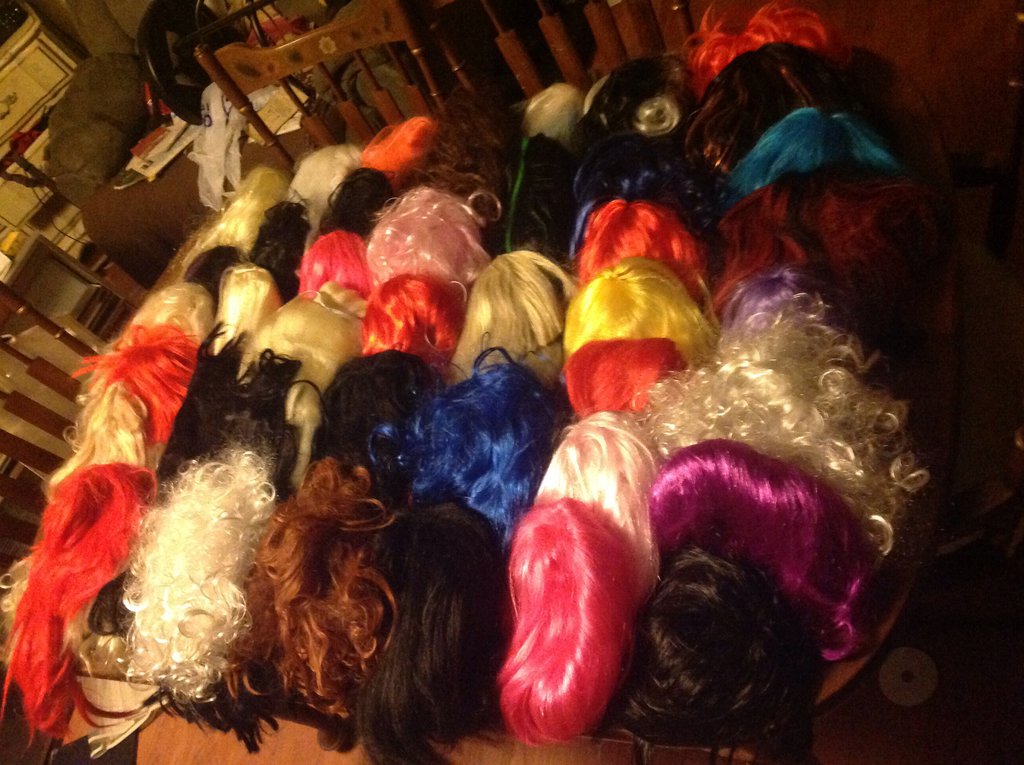 The Americans is notoriously known for its wigs and costumes. Ever since it debuted, fans of the show loved seeing new and old wigs donned by Philip and Elizabeth. There is this fascination, not just to the wigs and clothing but to the new character itself.

You may have seen Keri Russell promoting the 2nd season of The Americans on The Tonight Show recently and the former 37 year old actress brought a curly wig reminiscent of her Felicity hair and talked about the Felicity wall. Even the host of The Tonight Show tried the wig and posed for a picture.

And apparently, The Americans is also all about the hair. Philip and Elizabeth wears these different get ups and most of them are fabulous (Philip’s mustache’s need a bit of work).

“It’s really been a wild experience,” Peg Schierholz, the show’s hair department head, says. “Lori [Hicks, the makeup head] and I had never intended for the wigs to blow up this way. It’s really amazing how much people love them. We kept getting these interesting scripts from the writers, then we’d start playing around with ideas and it just kind of evolved.”

The disguises were always meant to be an important part of the show but even the show runners, Joe Weisberg and Joel Fields, never though that it would have its own following. “We had no idea going into it what it would be like,” Weisberg says. “We trusted [Schierholz and Hicks] and what they’ve come up with is genius. The other day, despite the fact that I knew Elizabeth is coming in [to a scene], for a second, I was like, ‘Who’s that?’ That’s how great the disguises are. They called that particular one the Margaret Thatcher.”

Schierholz says that the key is to respect the script, respect the spy craft, and throw a little bit of fun on the whole outfit. Sometimes the script will ask for a light disguise, and sometimes it demands heavy wigs, costumes, and the whole shebang.

Schierholz, who has worked on The Talented Mr. Ripley, Julie & Julia, Enchanted, and Blue Jasmine, and Hicks consult period magazines to get inspiration. They’ve used Time, Playboy, and even a book of real disguises which the East German police used.

“We start with the wigs and work from there. Should we do it completely real? No. It would be too much of a joke for today’s eyes. We try to find the line in between where it’s humorous but not too serious,” Schierholz says. “The thing with the ’80s is everyone looked like they were in disguise anyway. There’s not as much of a homogenous look as there is now.”

The most famous wig on the show, Clark, had a very good origin story. “We understood that Clark was going to be seen in the pilot and we thought we’d never see him again. [When we were shooting] the pilot, it was so hectic … we just kept pulling things out of boxes, like, ‘We can make this work.’ All of the sudden, everybody liked him and he became an established character,” Schierholz says. “I think as the season goes on, you’ll see the Clark wig evolve in a more believable way.”

How Keri Russell Got in to Shape for The Americans