Margo Martindale and the 2nd Season of The Americans 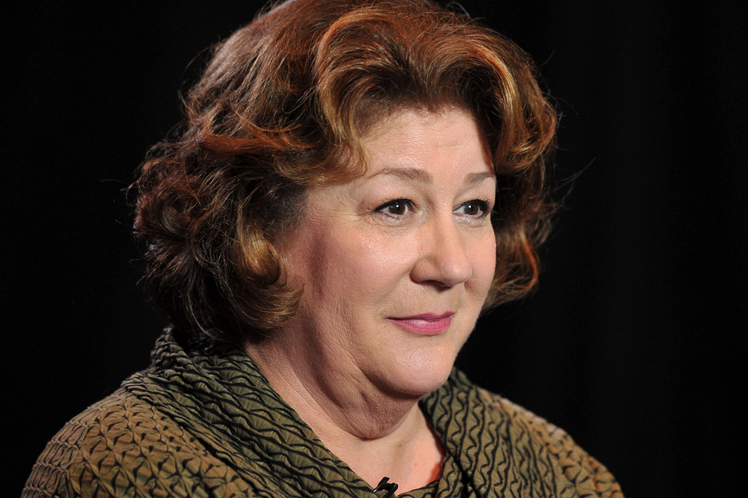 There was this whole issue about Margo Martindale not being on the 2nd season of The Americans due to her show The Millers on CBS. She confirmed that she was going back for at least one episode. But we have new information that says the veteran actress will be back for several episodes. This is good news for 2 reasons. One, we see more Granny Claudia in action, and two, there is a chance that she will survive the 2nd season.

Okay, let me explain. Previously, we thought that Miss Martindale will only be back for 1 episode. Being back for only one episode meant that the said episode will be a sending off to Claudia. Sending off means either Claudia will be killed or she will be sent back to Russia. Now that we know that she’ll be back for more episodes, her chances of coming back for the 3rd season drastically increases.

“Claudia is back, we’ll see her in several episodes,” says Joel Fields, executive producer of the show. “It’s hard to argue with Margo Martindale, we love her. We’re excited and grateful to have her back.”

Aside from Miss Martindale’s return, season 2 will also be a stage for Paige and Henry’s bigger roles. “We saw the first season very much as a marriage between this couple and the ups and downs and the terrible struggles to see if they would stay together or not,” EP Joe Weisberg says. “[In Season 2], the problems are going to come from Henry and Paige, in particular, and we’ll see how the family struggles to hold it together this season.”

Fields and Weisberg we’re also contemplating on the ending as they say that “We have a lot of different things percolating in our heads,” Weisberg says. “Could this have a very dark, difficult, sad and tragic ending? Could it be a happy ending for this family. Some of the question lies in is this a Russian story or an American story?”

“We always half-joke about a season in Russia,” says Fields. “I don’t mean to give anybody at FX a heart attack.”

For Noah Emmerich, his whole thing is still being undecided to what kind of cop and husband he will be. The first season was rough for his character, Agent Stan Beeman, as he was smack right in the middle of heavy decisions.

“I think one of the great opportunities the show affords is seeing people as people first, as human beings, and political, socio-economic agendas coming second,” Emmerich says. “Which is one of the things I think is difficult for the audience, in a good way. You don’t know who to root for. Here’s this couple trying to take down the United States of America and you’re rooting for them because of their humanity.”

“I think it’s a conversation that’s important to be having today,” the actor says, “in a world where we often try to reduce everything to black and white … touching on our commonality as people first.”

The Real Spy behind The Americans