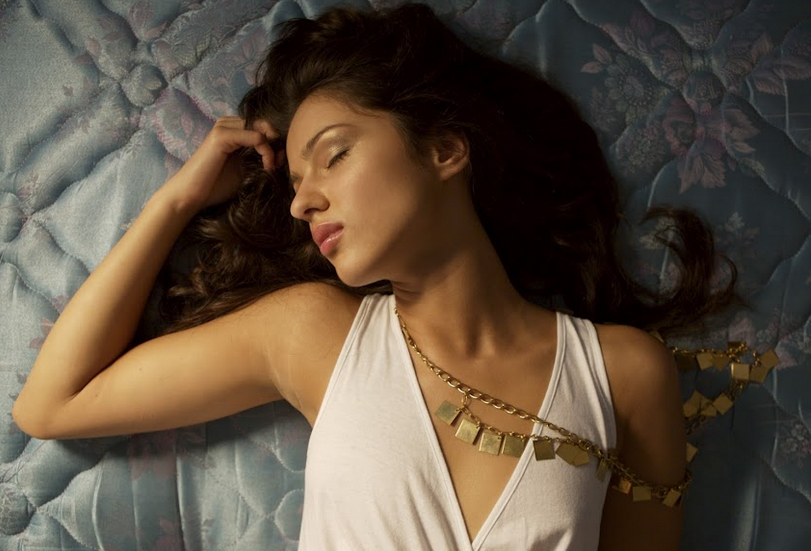 Following Nina’s uncertain future brought about by her “too close for comfort” relationship with FBI agent Stan Beeman, will she leave Emmy voters compiling favorable ballots?

The Americans dwell on the story of Soviet couple Keri Russell and Matthew Rhys, living in the suburbs with their naive kids. Both have earned acclaim for their portrayals. Matthew Rhys is nominated for Critics Choice Television Award Best Drama Actor and TCA Award for Individual Achievement in Drama, both for 2 consecutive years. Meanwhile Keri Russell has nominations for Best Drama Actress for Critics Choice Television Award and Best Actress- Television Series Drama for Satellite Award.

Since becoming a series regular in Season 2, viewers have seen a lot of emotion from Nina played by Annet Mahendru. Daughter of a Russian mother and East Indian father, Annet has drawn attention including a Critics Choice Award nod for her gripping depiction of double agent Nina Sergeevna.

Annet on Her Spy Role

Indeed, Annet has proven to be a revelation with her role turning out to be a significant one, especially for an actress who didn’t come to this with that one major TV credit. What gave her the confidence to pursue the role?

“You know what, every time I get a story I’m so thrilled and accepting of it, I always think of it as an opportunity. I try not to think about too many things, about whether I’m good for it or not. If it’s coming your way, then it’s meant to be. What’s funny is that it was an audition via Skype, basically, and they were sort of interviewing me as a spy to see, can I play this role? They asked me about my background and I told them about where I grew up, which is kind of a complicated story.  I’ve lived everywhere including Afghanistan, Russia, and Europe and they were curious why I spoke all these languages. I think by the end they maybe thought I really was a spy. ”

Her Family Response to the Role

Annet said, “They got it late, like a year after the States, in Europe and in Russia, but my mom was really thrilled. The first time I got into my ’80s makeup and wardrobe, I kind of looked like her, so it was a special moment for me and for my family. I was young when we lived in the Soviet Union, and my mom was the age Nina was at that time, so it’s kind of incredible”.

Who Nina Really Is

Annet shared her deep thoughts about who she thinks Nina truly is. “I feel like Nina is always becoming who she is based on how she deals with what she is presented. She’s a first-tour officer and she’s become a double agent pretty much overnight, so she’s really absorbing a lot. Ultimately for her it’s about surviving, and to do that you have to believe that you can.”

On Her Most Challenging Scene to Date

Annet recalls the scene from Season 2 Episode “Arpanet”.  “After Nina takes the polygraph and then she and Stan kind of makeup, it was really challenging for both of us because we wanted to talk about so many things, but they can’t. But that’s probably a good thing. If they sat down to talk about everything they’d crumble over what the truth really is!”

We are hoping she would still be around for Season 3, and wouldn’t it be fascinating and interesting if she shares scenes with Elizabeth or Matthew this time?

“We haven’t had any scenes yet, so yeah, it would be interesting to see what would happen if Nina and Elizabeth sat down to talk. They could speak in English or Russian,” Annet thought so too.