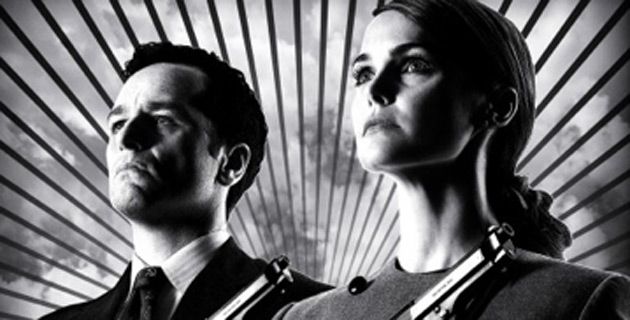 It’s less than one week before the 2nd season of The Americans start, the problem is, you still haven’t watched the first season yet. You already know that it was the best new drama of last year and everybody has been saying good things about it. Don’t believe me? Make a quick search of Top Ten Shows 2013 on your search engine and see how many magazines and websites included The Americans in their top ten lists.

See? I told you the FX spy thriller is amazing, but how are you going to watch it? Don’t fret; I’m here to hold your hand through the whole binging process.

First things first, The Americans is primarily about two Russian spies who pose as an American couple living in 1980s Washington, D.C.

The show is created by a real spy. Joe Weisberg, co-creator of the show was a legitimate spy of the CIA. Some of what you will see in The Americans is based from actual things that happened in real life.

The writing, directing, and all of the technical stuff are amazing. The acting is also excellent since we’re talking about Keri Russell (Elizabeth Jennings), who has refused to do any TV show until this one. Matthew Rhys (Philip Jennings), who you may know from Brothers and Sisters, is a very capable actor. Noah Emmerich and Margo Martindale are also superb; watching them act is already enough reason to watch this show.

The show is action packed and very entertaining. It may steer away a little bit from really heavy dramas like Breaking Bad and Mad Men, but The Americans will make sure that you won’t doze off because every 2nd of it will take your focus.

If you’re finally convinced to watch it you can buy the DVD or Blu-ray for better quality. If you don’t want to order online or drive your car to get the physical copies, you can use your computer and go to Amazon or iTunes to stream the first season right at the comfort of your own home.

If you really want to experience bingeing season 1, I highly suggest you watch it before February 26. The weekends are the best way to watch it so reserve either Saturday or Sunday for an 11 hour marathon. The first season has 13 episodes which looks like a stretch but once you watch the pilot, you just never want it to end.

The critics have good words to say about the hit show:

“Amy Amatangelo of Paste Magazine says, “What I liked most about the drama is that Keri Russell and Matthew Rhys are so utterly believable as Philip and Elizabeth Jennings,” and Popmatters’ Cynthia Fuchs goes further: “As much as the series’ pitch seems clear — it’s another period series, with terrific design details, long story arcs, and complex performances — it is also something else, a reframing of what it might mean to be ‘Americans,’ then and now.” Vicki Hyman of the Newark Star-Ledger calls it “a gripping Cold War spy thriller — Alias, say, without the sci-fi digressions and with less ridiculous get-ups — and an equally intriguing domestic drama.”