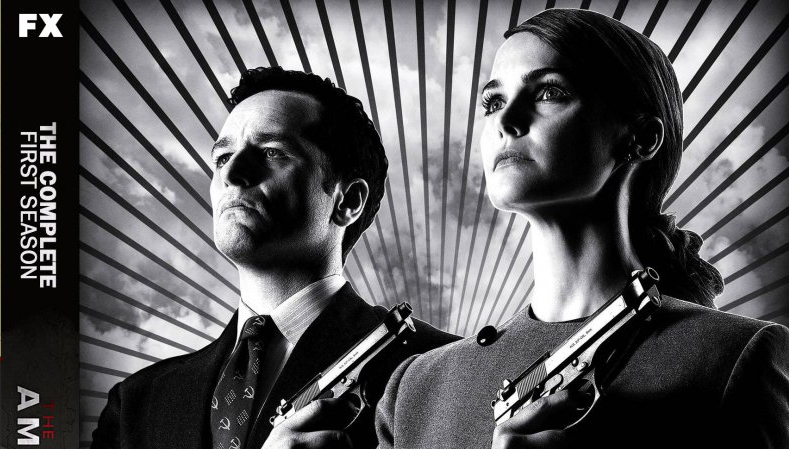 You can now buy the 1st season of The Americans in Blu-Ray and DVD format. The discs were finally available to the public last February 11 and was started off through a party at Nic’s Beverly Hills. The guest in attendance got to sample Vodka in Nic’s 28 degree chilled VodBox. The attendees were also given Americans inspired “Cold War Cosmos”, custom laser etched phone cases, and Russian Ushanka hats. Executive Producers of the show, Graham Yost, Darrel Frank, and Justin Falvey were also there for some questions and also mingling.

If you want to binge watch the show, this is the perfect thing for you. The Americans will return on February 26, 10 PM ET, on FX.

What we know about season 2 is that it will have the same action, politics, and maybe even more wigs.

Margo Martindale will definitely be back to reprise her role as Claudia even though she is very busy with her network sitcom, The Millers.

The 2nd season will also step up from its previous theme of marriage and will move forward to family. This means that the Jennings kids will be much more involved now on the show.

“We saw the first season very much as a marriage between this couple and the ups and downs and the terrible struggles to see if they would stay together or not,” EP Joe Weisberg says. “[In Season 2], the problems are going to come from Henry and Paige, in particular, and we’ll see how the family struggles to hold it together this season.”

Even though this statement says there will be more Henry and Paige, you should expect more Paige than Henry. If we’re going to base their screen time from the trailers, Paige is definitely going to be shown more. She was also last seen in season 1 snooping around the mysterious laundry room.

As for our favorite FBI agent, Stan Beeman will have another rough season ahead of him.

“He’s got such an interesting season coming up,” said executive producer Jo Weisberg. “Nina is getting ahead of him. You see that at the end of the first season, and that’s such n interesting place for him to be in and so true and so real for what happens to people when you’re playing this back-and-forth game. People who are smart and good can have people get ahead of them because they are also smart and good at what they do too.”

There is also a new recurring character that will be played by Aimee Carrero. She is mostly known for her live action show Level Up on Cartoon Network and the play What Rhymes in with American in December 2012. Ms. Carrero will be playing a Sandinista fighter named Chena, a strong willed and headstrong person that will go to any length to fight for what she believes in. This also confirms that the second season will be exploring the 1980’s Nicaraguan Contra rebels.

Amazon Gets The Americans