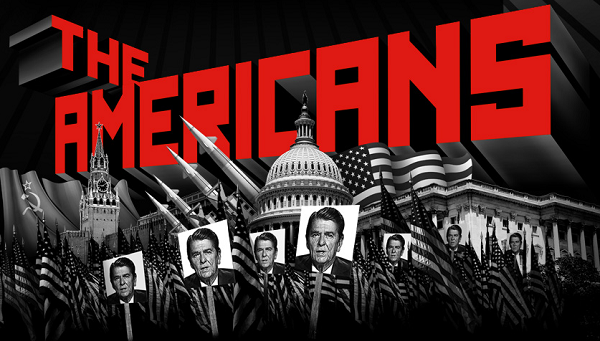 Some of the best TV series are established around sustained acts of treachery. A congressman turned out to be a suicide bomber. The gangster disguised as a waste-management agent. The virtuous Chemistry teacher manufactures illegal drugs. Steadfast parents who live in that suburban house are Russian spies who kill for the Motherland.  FX’s The Americans does not fall short in terms of brilliance in acting and mind blowing plot direction. The show stimulates strong compulsion to the viewers to equally cheer for Soviet spies who are in America and the FBI agents who come after them.

During the season 2 premiere of The Americans when a character says, “I’m not sure I’m cut out for this,” the subject could be about marriage. You know there’s more than just a typical family drama when Soviet spy Philip Jennings implied the union with his wife Martha who works at the FBI counter-terrorist office was a sham so that he can gain state secrets. And then there’s a “real” marriage to fellow spy Elizabeth, with their 2 kids to worry about. It’s a maelstrom of deception that blankets everything.

The premiere set up a lot of the main issues for the season, as another undercover couple Emmett and Leanne were murdered, along with their teenage daughter. Could it be a warning for the Jennings on what their family could possibly endure?  Elizabeth and Philip put on their best effort to protect their children while keeping the truth from them. Season 1 ended with Paige becoming truly suspicious of what her parents were keeping from her and started looking for something to shed light on her thoughts. It felt a bit off sequence on the mid portion of the season when Paige turned to Religion which caused a great conflict with Elizabeth. By the end though, it tied-in better in several ways, including the scary scene in which an enraged Philip rushed at her pastor. Advancing, the finale once more brought up that Paige is closer to finding out about her parents’ whereabouts which would open the door to a huge new turn of events in Season 3 that would impact the dynamics of the show.

The early episodes felt like Stan’s story lines where slightly crooked. When Sanford was killed so quickly, felt more like a backtrack while Stan is going on dreary missions and his issues with Sandra who we barely saw is hard to get a grasp on. The latter part of the season managed to get the elements justified, including Stan’s confused state.

The finale caters thoughts even the audience are on tight seat about. Has Stan lost enough in his personal life to go far as to rescuing Nina.The show gave as supplemental time to understand the vibrant and holistic relationship of Stan and Nina though it led to a horrifying choice between sending her to danger and honoring his duty to his country, not forgetting that she was using him the whole time.

Watching the season makes things pleasurably dizzying, because it lifts familiar dilemmas and issues out of their standard contexts and makes you think about them as statements, choices and dealing with circumstances and the words they refer to. Or you may not notice since you’re too busy enjoying the spy craft, the fights, the chases, and the sex.